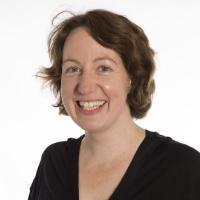 The research of my group is focusing on Hepatitis C Virus (HCV), which poses a severe public health burden. HCV is estimated to cause chronic hepatitis in at least 70.000 million individuals worldwide, leading to liver cirrhosis and liver cancer. Every year, HCV causes approximately 450.000 deaths, making it one of the biggest killers in infectious diseases. We are driven by the idea that our research on antivirals and vaccines will help combat this deadly infection. In addition, HCV has become a model RNA virus used to elucidate important principles in virology and immunology. We hope to use our findings for HCV to further the understanding and the control of other important human viral infections.

We have developed infectious cell culture systems for the major HCV genotypes, facilitating the study of HCV in vitro and providing a base for a cell culture based whole HCV particle vaccine. We have used these systems for studies of the effect of various antivirals, their mechanism of action and associated resistance.

We are interested in finding out how HCV can escape from antivirals, rendering them inefficient. We are elucidating genetic correlates and mechanisms underlying HCV resistance to antivirals and we aim at development of diagnostic assays to identify resistance in HCV infected patients. Even though recently efficient antivirals have been developed, resistance to these compounds is emerging with the risk of spread in human populations.

There is no vaccine against HCV. However, such a vaccine is urgently needed to control this virus on a global level. We would like to make a difference by development of a prophylactic HCV vaccine. We are focussing on optimization of a bioprocess for the development of a whole virus inactivated HCV vaccine. Efficient production of HCV particles in large scale mammalian cell culture and efficient purification of HCV from cell culture is of key importance. An alternative vaccine strategy is focussing on the use of virus like particles as vaccine antigen. We are interested in using the established technologies for the development of vaccines for other human viruses, for which vaccines are needed.